Winfield Myers is director of Campus Watch, a project of the Middle East Forum. 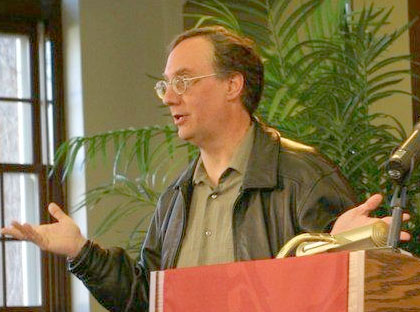 University of Michigan history professor Juan Cole is desperate for you to know that he is eminently qualified to speak publicly on the Middle East. He is, we are told in the opening paragraph of his recent response to the Atlantic's Jeffrey Goldberg,

[a] Middle East expert who lived in the Muslim world for nearly 10 years, travels widely there, speaks the languages, writes history from archives and manuscripts and follows current affairs ...

But from this triumphalist beginning, the story takes a tragic turn: In spite of these qualifications (which you, dear reader, almost certainly do not share), Cole "found that none of [his] experience counted for much when [he] entered the public arena in the United States."...

In his response to Goldberg, Cole attempts to smear Middle East scholar Martin Kramer (who has penned devastating critiques of Cole):

He has a relationship with the so-called "Middle East Forum," which runs the McCarthyite "Campus Watch," and which was part of a scheme to have me cyber-stalked and massively spammed.

At no time has any project of the Middle East

Forum taken part in anything remotely resembling the actions described in these baseless assertions. I challenge Juan Cole to produce evidence that Campus Watch or the Middle East Forum have, at any time, been part of a "scheme" to have him or anyone else "cyber-stalked and massively spammed." Such charges are self-serving conspiracy-mongering with no basis in truth.

We challenge Cole to prove his latest charges against Campus Watch.

Surely the self-declared Ted Williams of his discipline can hit this ball out of the park.