White House press secretary Sean Spicer on Wednesday erred in claiming that Adolf Hitler did not use chemical weapons during World War II.

“You had someone as despicable as Hitler, who didn’t even sink to using chemical weapons,” Spicer said during Wednesday’s press briefing.

Hitler is known to have used cyanide gas in mass murders of Jews. 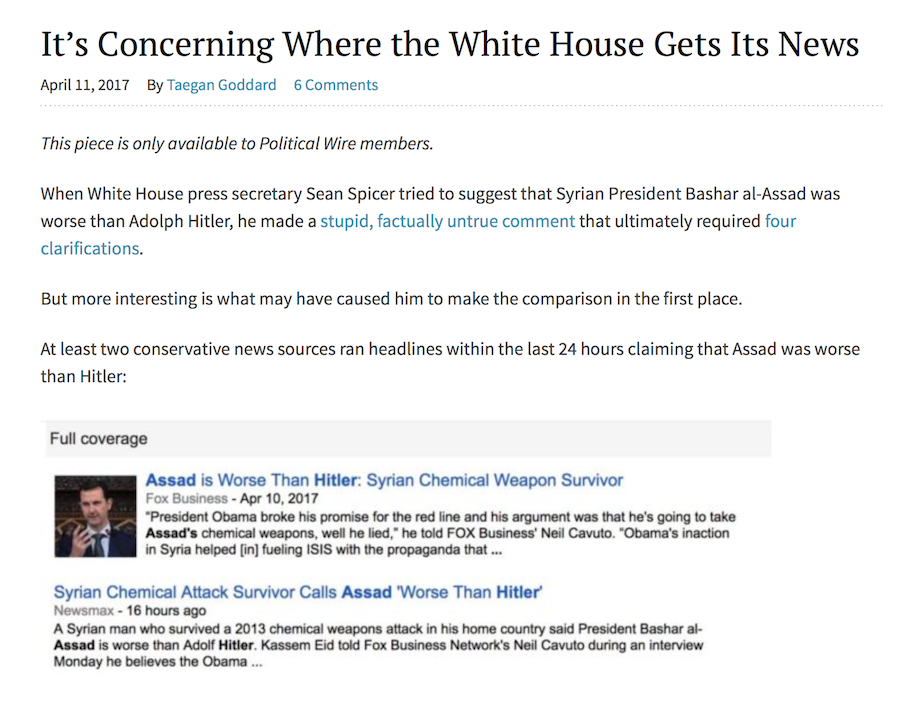 Read entire article at The Hill
comments powered by Disqus