The French Election Shows the Risk of Abolishing the Electoral College

Robert Hardaway is Professor of Law at the University of Denver Sturm College of Law, and the author of “The Electoral College and the Constitution: The Case for Preserving Federalism” (ABC-CLIO Publishing House, 1994) 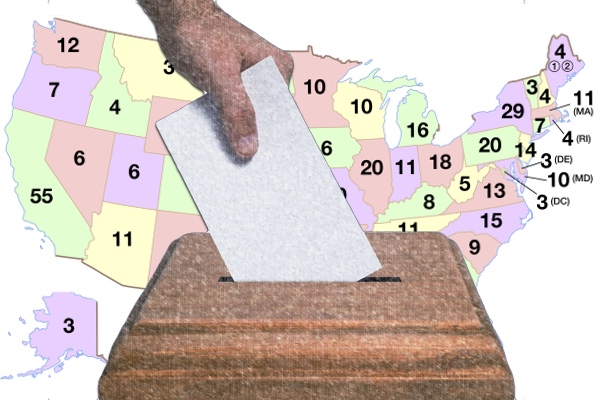 For Americans who support a “popular” vote election along the lines of the French and Russian electoral model, the recent French presidential election provides an illustrative lesson of what inevitably happens under such electoral regimes. The French election virtually jettisoned the two established major parties in an eleven party field in favor of two political mavericks who made it into the “run-off,” thereby insuring a winner without a legislative party to actually enact the reforms both surviving candidates promoted. As one outraged voter noted, the French electorate was presented with two candidates in the final round, each of which was opposed by “80 percent of the electorate.” Millions of disillusioned voters asked: is this really democracy?  No wonder that one of the highest vote-getters was the ballot blanc (blank ballot) which received over 660,000 votes. 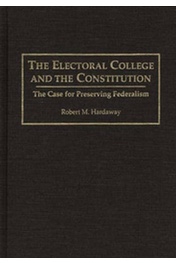 The Russian popular vote system has produced similar anti-democratic results as well. In the 1993 “popular vote” run-off election, the Russian electorate came within a whisker of being presented with the choice between a hard core fascist (Vladimir Zhirinovsky who advocated among other things the military conquest of Finland and Alaska) and a hard core Stalinist, despite the fact the 70 percent of the electorate had voted for a number of more moderate candidates in the first round. (Fortunately, the more moderate People’s Reform Party edged out the Stalinist candidate in the first found by a bare two percent, thus sparing the electorate having to choose between a fascist and a Stalinist.)

After every close election in the U.S., the disgruntled losers inevitably call for adoption of the French and Russian-style “popular vote” election and the abolition of the “outdated” and “anachronistic” Electoral College established by the founding Fathers of the Republic. The 2016 election was no exception, with the losing party offering bills to adopt the Russian “popular vote” model (though of course leaving out the adjective “Russian”).  Supporters of such bills apparently assume that without an Electoral College, our two-party system would, unlike France, somehow prevail and present the electorate with but two viable candidates who have been vetted by nation-wide popular vote primaries. History, however, refutes this assumption.

In the aftermath of the 1960 election, in which John Kennedy won the Electoral College vote, but lost the “popular” vote (at least according to the vote tallies of the Congressional Quarterly and major national newspapers such as The New York Times), outraged Republicans offered bills to overturn the constitutional presidential election system in favor of the French “popular vote” system. By 1977, Republican demands for a French-style “popular” election reached a crescendo at the Birch Bayh Senate Hearings. One of the witnesses was a colleague of Norman Thomas, the Socialist candidate for President. He testified:

The thing we all had in common was an absolute detestation of the Electoral College…We knew that we didn’t have a snowball’s chance in the nether regions to…win any states. We always started with 5-7%...And I’m quoting Thomas: ‘by the third week in October it would be down to 2%...and by “election day it would be down to 150,000 votes’….Your (proposed) run-off provision (in a popular vote system) was what we prayed for.

We wonder today at the perspicacity and wisdom of the Founding Fathers, and perhaps in no other part of the constitution is that wonder vindicated as in their provision for the Electoral College, which represented the second prong of the “Grand Compromise” that brought the nation together. The first prong of course being the U.S. Senate, which reconciled the demands the big population states which demanded “one person, one vote”, and the demands of the small states that every state have equal representation, without which the small states were resolved to form their own separate nation that could not be bullied by the high population states. The call by losers in the Electoral College today to jettison our republican form of presidential elections does more than gratuitously re-ignite the contentious issue that was finally resolved by the Founding Fathers in the form of the Grand Compromise; it also undermines the very rationale and purpose of that compromise.  Senator John Kennedy recognized this, when he pointed out in arguing against yet another Republican scheme to abolish the Electoral College, that “if it is proposed to change (one prong of the Grand Compromise, the Electoral College)…it is necessary to consider the others (the U.S.  Senate)”—which of course would necessitate calling a new Constitutional Convention.

No doubt the Founding Fathers wished also to spare the country the trauma of having to recount votes in all the states under a popular vote system. In the 2000, the rare closeness of the Electoral College vote necessitated a recount in just that single state; only can scarcely imagine magnifying that trauma by a factor of 50 by engaging in recounts in all 50 states.

The Electoral College was designed to ensure that support for any presidential candidate was broad as well as deep; to prevent, for example, the election of a president who gained an insuperable popular vote margin in but one region of the country—say the South—even while being opposed in all other regions of the country; or today, election by overwhelming popular votes on the coasts, thought being opposed in the nation’s heartland.

The Electoral College was the Founding Fathers’ version of a parliament—though, in the interest of separation of powers to ensure that the President would not be “beholden” to the legislature, limited its authority to the election of the president, leaving to the House and Senate the task of passing legislation. Like any parliament, it is possible, though rare, that the number of members elected to parliament will not always jibe precisely with the so-called popular vote. In the U.S. this has happened on average about once every sixty years--in 1888, 1960, 2000, and 2016.  It also happened in 1974 in Great Britain, when Labor lost the “popular vote,” but nevertheless gained three more seats in Parliament with the result that they were able to form the government. As far as can be ascertained, this result did not ignite cries of “parliament is anachronistic!” or “one man, one vote!” or “let’s adopt the Russian popular vote model!”

Americans have been spoiled over the past two plus centuries with the stability of our republican form of form of government upon which our prosperity has depended. It has made us the envy, and hope, of the world.