China and the NBA: How to Lose Friends and Alienate People

Kevin M. Shanley is a retired Adjunct History Instructor at the University at Albany where he taught U.S. Foreign Policy and American History classes from 1986-2011. Before that, he was a Professor of History for the European and Middle Eastern Division of the University of Maryland and taught American Foreign Policy plus American and European History classes on the U.S. Army and Air Force bases in Heidelberg/Nurnberg, Germany, Istanbul and Karamusel, Turkey and Alconbury and Lakenheath in the United Kingdom. Presently, he is a member of the Asia, Japan, and Korea Societies in New York City and a Member of the Belfer Center for Science and International Studies, John F. Kennedy School of Government, Harvard University. 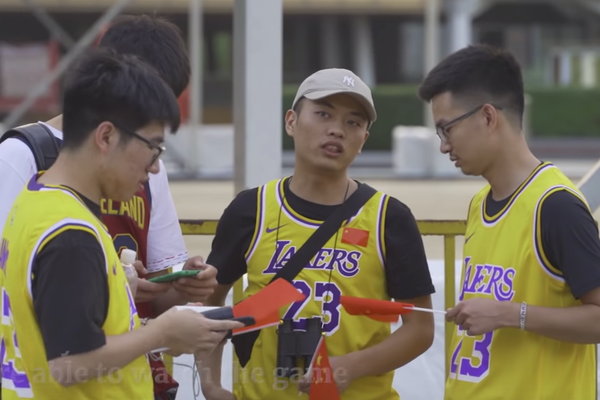 The Chinese folk saying “lift a rock only to drop it on one’s own feet”, or its English equivalent, “to shoot oneself in the foot”, perfectly describes the self-defeating inclination of dictatorship. And nothing shows such inclinations as much as China’s effort to intimidate America’s National Basketball Association.

The dispute began when the Houston Rockets general manager Daryl Morey tweeted (and quickly deleted) support for the pro-democracy protesters in Hong Kong” ‘Fight for Freedom, Stand with Hong Kong.’ The response was quick. China’s government blacklisted the Rockets, ordered the state-run television networks to cancel broadcasts of two NBA preseason matches, and instructed Chinese companies to suspend their sponsorship and licensing agreements with the NBA.

As the NBA’s largest international market, China expected the league to fall back into line, apologize for offending the Chinese Communist Party (CCP), and pledge never to repeat the mistake. And, initially, the NBA did just that. ‘We feel greatly disappointed at [Morey’s] inappropriate speech, which is regrettable’, the league said in a statement. ‘We take respecting Chinese history and culture as a serious matter.’

But the attempt to kowtow to China sparked outrage among US lawmakers, who accused the NBA of choosing money over human rights. “No one should implement a gag rule on Americans speaking out for freedom”, Senate Minority Leader Charles Schumer tweeted. The NBA threw Morey “under the bus” to protect its market access, Senator Marco Rubio added.

Under pressure, NBA commissioner Adam Silver then seemed to change the league’s position. In an interview with a Japanese news outlet, he said “Morey is supported in terms of his ability to exercise his freedom of expression.”

In the end, it was China that had to back down. The authorities allowed a previously scheduled NBA game to be played in Shanghai—to the cheers of thousands of Chinese fans—and ordered state media to play down the controversy. The lesson should be clear: bullying is a guaranteed way to lose friends and alienate people in the West.

China may be a lucrative market for the NBA, which has reaped millions of dollars in revenue through broadcasting and merchandizing-licensing deals in the country. But the NBA is also a very valuable friend to China. Its relationship with the league is one of the great successes in its cultural and commercial relations with the United States, and a powerful example of Sino-American ‘sports diplomacy’.

Such diplomacy has a legendary history in Sino-American relations. During the 1971 World Table Tennis Championships in Japan, the US player Glenn Coward boarded a shuttle bus with the Chinese national team. Rather than avoid him, as the Chinese team had been instructed to do, its top player, Zhuang Zedong, started a conversation with the American (through an interpreter). The two players even exchanged gifts—and act of good will that garnered significant positive media attention.

Recognizing the diplomatic opportunity, Chairman Mao Tse Tung invited the US team for an all-expense-paid visit to China. The heavily documented trip—which included tours of important sites, exhibition ping pong matches, and even an audience with Chinese Premier Zhou Enlai—opened the way for the two governments to begin back-channel communications, and eventually to normalize bilateral relations.

Mao and U.S. President Richard Nixon did not squander the opportunity that sports diplomacy presented. But, by picking a fight with the NBA, Chinese President Xi Jinping’s government could well have. At a time when Sino-American relations are deteriorating, that’s the last thing China needs.

To some extent, China’s miscalculated response probably stemmed from hubris. The government had effortlessly bullied some of the world’s largest and best-known corporations into submission after they offended its delicate political sensitivities. Apple and Marriott International listed Chinese territories, such as Hong Kong and Taiwan, as separate countries. Cathay Pacific Airways, Hong Kong’s flagship airline, didn’t prohibit its employees from participating in pro-democracy protests. But the employees of Cathay Pacific Airlines who did join the protesters were, probably under pressure from Beijing, fired.

China has used similar tactics to pressure Western governments into complying with its will. For example, it terminated high-level exchanges and ended business dealings with France, Germany, and England when they hosted the Dalai Lama.

Similarly, after the Nobel Peace Prize awarded to the Chinese dissident, Liu Xiaobo in 2010, China ended salmon imports from Norway (though the Norwegian government has no influence over the Nobel committee’s decision). China ended up getting its way in most of these showdowns, with Western actors showing remorse and trying to regain China’s favor.

But hubris is only part of the story. Chinese officials have strong incentives to demonstrate their loyalty to the regime, even at the cost of strategic objectives. The resulting modus operandi—called “ning zuo wu you”, which loosely translates to ‘rather left than right’—influences most official calculations. The decision to intimidate the NBA was most likely made by a party apparatchik eager to win favor with CCP superiors.

With intimidation hard wired into the Chinese system, such self-defeating actions are likely to continue—and cost the CCP dearly. The more friends China turns to enemies, whether out of hubris or ingrained instinct—the easier it will be for the United States to muster a broad coalition to contain its power and ambitions. At that point, the Chinese bully’s favorite strategy for defending its interests will even be less effective.