The Age of the Commando: How a Group of WWII Heroes Rewrote the Rules of War

Saul David is professor of military history at the University of Buckingham in the UK and author of The Force: The Legendary Special Ops Unit and WWII’s Mission Impossible, published by Hachette Books on September 3, 2019. 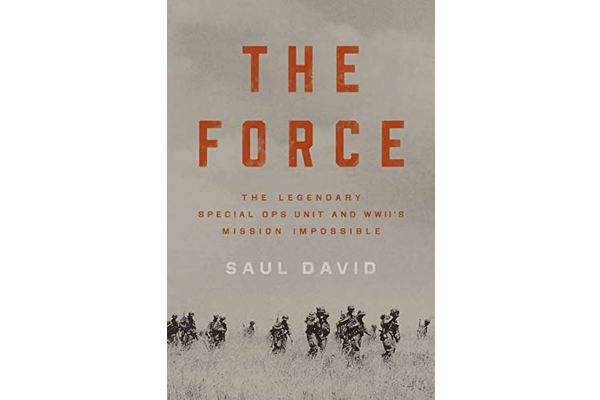 An undeclared war is being fought by American Special Operations Forces (SOF) across the globe, at a cost to US taxpayers of tens of billions of dollars a year. While some commentators condemn the deployments as illegal and counter-productive, others argue that the SOF help to keep America safe and is comparatively cheap. After all, the Iraq War alone cost at least $1 trillion (some estimates are double that) and claimed the lives of more than 4,400 US servicemen.

The rapid increase in the use of SOF began with the so-called “War on Terror,” in the wake of 9/11. At first, SOF were deployed alongside friendly indigenous forces  and US conventional ground forces in Iraq  and Afghanistan. But since the withdrawal of the bulk of US ground forces from Iraq in 2010, SOF and drone strikes have been US military’s weapons of choice. In May 2011, for example, President Barack Obama authorized Operation Neptune Spear, a US Navy’s SEAL Team 6 mission that located and killed al-Qaeda leader Osama bin Laden. By 2016, America’s most elite Special Forces – including Navy SEALS, Delta Force and Army Green Berets – were deployed in 138 countries, or 70 percent of the world’s total.

Retired Lieutenant General Charles Cleveland, the commander of the US Army’s Special Operations Command (SOCOM) from 2012 to 2015, summed up the Special Forces role as conducting kill or capture missions and training local allies. “SOF is at its best,” he insisted, “when its indigenous and direct-action capabilities work in support of each other. Beyond Afghanistan and Iraq and ongoing CT [counterterrorism] efforts elsewhere, SOF continues to work with partner nations in counterinsurgency and counterdrug efforts in Asia, Latin America, and Africa.”

Manpower has not been a problem. Since 9/11, the number of SOF operatives has more than doubled from 33,000 to 70,000, while SOCOM’s annual budget of $12.6 billion is four times what it was in 2001. Even before 9/11, most military powers were using special operations units as a force multiplier in conventional conflicts, as well as for more specific tasks such as anti-terrorism, hostage rescue, deep reconnaissance, sabotage, and kill or capture missions. But the sudden expansion of SOCOM is the result of two factors: the rise of terrorism in the 1990s, culminating in the al-Qaeda attacks on the World Trade Towers in 2001, and the takeover of large chunks of Syria and Iraq by ISIS more recently; and, more importantly, the fact that the political, human and financial costs of the ill-fated war in Iraq have persuaded successive US political leaders – Obama chief among them – that surgical strikes by SOF and drones are a far more cost effective way of dealing with America’s foes than the bludgeon of conventional forces.

A similar calculation underpinned the creation of North America’s first special operations unit – known as the First Special Service Force (“the Force”) – in World War 2. The Force was the brainchild of eccentric British inventor Geoffrey Pyke who, in March 1942 (and with the Allies’ fortunes at their lowest ebb), persuaded British Prime Minister Winston Churchill to raise a small, elite para-ski unit for a top-secret mission behind enemy lines. If Pyke’s scheme came off, said Churchill, “never in the history of human conflict would so many have been immobilized by so few.”

But lacking the necessary resources, Churchill offered the scheme to US Army Chief of Staff George C. Marshall, who was visiting the UK to coordinate Allied strategy. Marshall accepted the offer and, with President Franklin D. Roosevelt’s backing, appointed a young Operations officer to form the new unit with tough young recruits – lumberjacks, forest rangers, hunters, northwoodsmen, game wardens, and explorers – from both sides of the US–Canadian border. After completing one of the toughest military training regimes ever devised – including skiing, rock climbing and parachuting – the recruits were sent to southern Italy to capture a crucial Nazi mountain stronghold that stood as a bulwark against the advance of the US Fifth Army, a seemingly impregnable fort that had defeated all previous Allied attempts to take it.

By scaling 200 feet high cliffs in rain and darkness, the Forcemen were able to outflank the German defenders and capture the position in under two hours, a feat that theater commander Dwight D. Eisenhower struggled to comprehend, writing, “I have never understood how, encumbered by their equipment, they were able to do it.”

It was the first of the Force’s many stunning victories. From December 1943 to the same month a year later, the men fought in 20 battles and always achieved their objective. For every Forcemen who fell in battle or was taken prisoner, his comrades killed at least 25 of the enemy and captured 235. They were awarded more than 250 gallantry medals and 1,214 Purple Hearts. “I can testify,” wrote one veteran war correspondent, “to their spectacular power and efficiency, their marvelous morale and their never-failing spirit of attack.”

They were the original force multipliers who, in the words of Senate Majority Leader Mitch McConnell, “helped save a continent in chaos,” and their modern descendants in SOF still honor their achievements. Is today’s SOF in the same league? And is there a danger that SOF’s preeminence will undermine the readiness and capability of America’s conventional forces, as some commentators believe? It’s hard to say. But what is not in doubt is that the modern SOF are just as bold and professional as their World War Two forebears, while their relatively low casualties – 10 of 13 US soldiers killed in Afghanstan in 2018 were SOF – are a welcome change from the thousands of bodybags sent back from Iraq.