Lessons for Today from FDR and the Progressives? 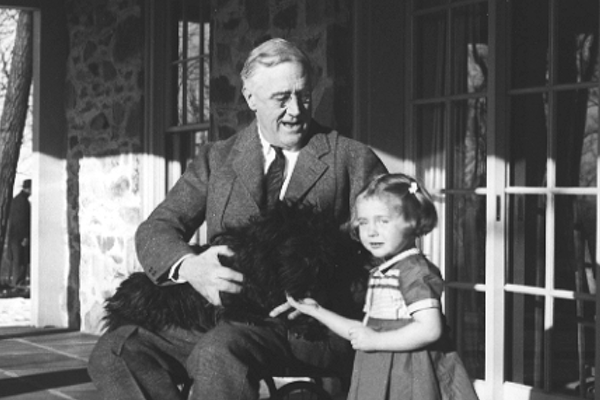 Amid the present lame-duck time when Joe Biden is preparing to assume the presidency, there is much that we can learn from Franklin Roosevelt’s similar president-elect phase of late 1932 and early 1933.

Although this op-ed will focus on what FDR’s relations with progressives can teach us today, we should first briefly mention some major similarities and differences between the two periods, separated by almost ninety years.

First a few similarities. Both new leaders, FDR and Biden, were elected amid a national and global crisis--then the Great Depression and now the coronavirus and its effects. And both new presidents followed ones that historians have ranked low. Jonathan Alter’s line about FDR’s predecessor, Republican Herbert Hoover--“Since the aftermath of the stock market crash [1929], he had been sullen and defensive as disease [figuratively] spread through the American economy”--reminds us of Donald Trump’s reaction to a more literal disease, Covid-19, in 2020. Another similarity was the general public contempt for Congress, which, as historian William Leuchtenburg has noted, was widespread in late 1932. A Gallup poll attested to this in early November of 2020, showing Congress’s approval rating at only 23 percent. A final similarity is that the Supreme Court tilted conservative as both new presidents prepared to take office.

A major difference is that FDR began his presidency with the overwhelming support of his nation and Congress. He carried all the states except six and won solid Congressional support, facing only 36 Senate Republicans and 113 House Republicans (out of a total of 435 House seats). Moreover, as Leuchtenburg has pointed out, “By Election Day, Roosevelt had won the support of an impressive number of G.O.P. senators—Robert La Follette, Jr., of Wisconsin, Hiram Johnson of California, George Norris of Nebraska, Smith Wildman Brookhart of Iowa, and Bronson Gutting of New Mexico.” Contrast that overwhelming support and rejection of Hoover and Republicans with Biden’s very slim edge in both the Senate and House and Trump’s carrying of 25 states, despite still losing the electoral college vote by a 306-232 margin. The violent occupation of the U. S. Capitol building by radical Trump supporters on January 6, two weeks before Biden’s inauguration, was especially disruptive, and will probably affect the level of continuing Trumpism in the weeks that follow. But exactly how is not yet clear.

Another significant difference is the problems the new president faces. Whereas FDR had to focus mainly on economic recovery from the Depression, Biden’s challenges are more widespread--not only economic recovery, but slowing the spread of coronavirus, lessening national polarization, and addressing climate change and national security issues like the threats of nuclear weapons, cybersecurity, and terrorism. As of 11 January, dealing with a second Trump impeachment also seemed like a major possibility.

Before dealing with the relations of FDR and Biden with progressives, we should first clarify who and what the U. S. progressives were and are. In that my “What Is Progressivism?” (2013) earlier dealt with this issue, let’s just now briefly examine some of its main points and update them.

A good place to start is historian Daniel Rodgers’ definition of the progressive movement of the 1890-1914 period: a diverse movement “to limit the socially destructive effects of morally unhindered capitalism, to extract from those [capitalist] markets the tasks they had demonstrably bungled, to counterbalance the markets’ atomizing social effects with a countercalculus of the public weal [well-being].” Note especially that it did not aim to overthrow capitalism, but constrain and supplement it so it served the public good, and it was diverse enough to include Democrats, Republicans, and even some socialists. For example, Jane Addams, a radical reformer and pacifist, seconded the nomination of the bellicose former Republican President Theodore Roosevelt at the 1912 Progressive Party convention.

In his recent book, Upswing, Robert Putnam writes that the progressives rejected individualism and that “communitarian sentiment . . . was at the heart of the Progressive mood.” In pursuing social justice and more equality, the progressives of the pre-WWI era helped pass pure food and drug laws and create the National Park Service. They also reduced corruption in city governments, limited trusts and monopolies, expanded public services, and passed laws improving sanitation, education, housing, and workers’ rights and conditions, especially for women and children. They also helped produce a progressive or graduated federal income tax (16th Amendment, ratified in 1913).

During the 1920s the influence of progressivism declined as three Republican presidents succeeded one another. Perhaps the most outstanding progressive of the first half of the decade was Republican Senator Robert M. La Follette Sr. In 1909, he founded La Follette’s Weekly, which in 1929 changed its name to The Progressive, a name it retains up to the present. The magazine’s web site indicates that its “founding mission of peace, social justice, and the common good continues to serve us well today,” and it, along with others like the LA Progressive (LAP), remains firmly within today’s progressive meaning. But definitions change over time--think of the transition of “liberalism” from the nineteenth century to the present. And being a progressive today means something somewhat different than it did a century ago. In the political sphere such congresspeople as Senators Bernie Sanders and Elizabeth Warren and Rep. Alexandria Ocasio-Cortez represent today’s progressive wing of the Democratic Party.

My 2013 essay on progressivism indicated that progressivism then, like that of a century ago, was a diverse and tolerant movement, and the essay also spelled out various “progressive values”--at least as I understood them. Many of them, like compassion and empathy, will be accepted by almost all progressives. But four others--humility, tolerance, compromise, and humor--require clarification, which I will provide near the end of this present op-ed.

Regarding FDR himself, it is important to note that he was more a pragmatist than a progressive. About this, historians Leuchtenburg, Richard Hofstadter Arthur M. Schlesinger Jr., James MacGregor Burns, and Robert Dallek agree, as does Jonathan Alter (author of The Defining Moment: FDR's Hundred Days and the Triumph of Hope). In his The Age of Reform, Hofstadter stressed that in discussing Progressivism he “emphasized its traffic in moral absolutes, its exalted moral tone,” but FDR’s New Deal “was a chaos of experimentation.” Just recently Dallek wrote, “Because no one had surefire remedies for the Depression, he [FDR] signed on to a program of experimentation or trial and error.” The historian also refers to FDR as “ever the pragmatist.” Alter says that he was the “most pragmatic of modern American presidents.”

Although Senators Sanders and Warren often evoke FDR, many progressives also recognize that FDR was more a pragmatist than a progressive. In a 2013 article in The Progressive, comparing FDR unfavorably to Robert La Follette Sr., Jeff Taylor wrote, “Ever the poser and pragmatist, Roosevelt seemed to have few core political principles.”

Yet, despite FDR’s essential pragmatism, he delivered more progressive legislation and programs to the American people than any other U.S. president of the past century and beyond. What are we to make of this? More specifically, what should today’s progressives conclude and do?

The general progressive consensus seems to be that progressives need to keep pressuring Biden so as to influence his cabinet picks and policies. A recent op-ed in The Progressive stated that progressives “should make specific demands of President-elect Joe Biden.” Another recent piece, this time in the LA Progressive, declared, “It’s foreseeable that Biden—and the people in line for the most powerful roles in his administration—will not do the right thing unless movements can organize effectively enough to make them do it.”

These statements contain some truth. Politicians, including presidents, do respond to pressure, and if progressives wish to see Biden advance progressive causes they should continue to push for them. However--and it’s a big however--there are other factors to consider, and here we get back to my contention (mentioned above) that progressive values should include humility, tolerance, compromise, and humor.

Regarding humility, the Trappist monk and critic of war and capitalism Thomas Merton once stated, “We never see the one truth that would help us begin to solve our ethical and political problems: that we are all more or less wrong, that we are all at fault, all limited and obstructed by our mixed motives, our self-deception, our greed, our self-righteousness and our tendency to aggressivity and hypocrisy. In our refusal to accept the partially good intentions of others and work with them . . . we are unconsciously proclaiming our own malice, our own intolerance, our own lack of realism, our own ethical and political quackery.”

My 2013 essay on progressivism adds these words, “Given our common ignorance, a proper humility should lead us to avoid dogmatism like a plague. Believing is not the same as knowing. Just because we are passionate about a belief or a cause does not mean we are right. We can readily spot dogmatism on the Right but sometimes fail to realize our own susceptibility to it.” (See also here on leftist dogmatism.)

Linked to humility is humor. The theologian Reinhold Niebuhr, an Obama favorite, once wrote: “People with a sense of humor do not take themselves too seriously. They are able to ‘stand off’ from themselves, see themselves in perspective, and recognize the ludicrous and absurd aspects of their pretensions. All of us ought to be ready to laugh at ourselves.”

Niebuhr especially stressed that a “sense of humor is indispensable to men of affairs who have the duty of organizing their fellowmen in common endeavors. It reduces the frictions of life and makes the foibles of men tolerable. There is, in the laughter with which we observe and greet the foibles of others, a nice mixture of mercy and judgment, of censure and forbearance.”

Although some progressives distrust compromise, it, as well as the tolerance that should precede it, is essential in politics. My "A Tough Progressive Balancing Act: Passion, Tolerance, and Compromise" (2019) mentioned how the late Senator Ted Kennedy seemed to strike the right balance between progressive passion and the political realism that enabled him to tolerate, compromise, and work effectively with more conservatives senators.

In summary, what progressives and others can learn from FDR’s early presidency is that a pragmatic non-dogmatic president can greatly advance progressive measures. Sen. Sanders recognized this after his supporters and those of Biden worked together on a Democratic Party platform task force, and Sanders said, “The compromise they came up with, if implemented, will make Biden the most progressive president since FDR.” And, recognizing the nature of politics, he added, “It did not have, needless to say, everything that I wanted, everything that Biden wanted.”

Such a spirit of compromise between the pragmatic moderate and more progressive wings of the Democratic Party is important and necessary in the days ahead, especially given Trump’s continuing attempts to subvert our nation’s democracy, with his now infamous Georgia phone call and his encouragement of capitol-building occupiers being only the latest, but perhaps most egregious, examples.

Trumpism, or some variant of it, is far from dead in this country. Before Hitler took over power in Germany in 1933, he had many setbacks, including some prison time. That he eventually prevailed was due to many factors, but one of them was the failure of his leftist opponents to unite against him. Against Trump, leftists did generally unite to deny him a second term, but to advance progressive goals and prevent a resurgence of the Trumpian spirit, they must remain united.